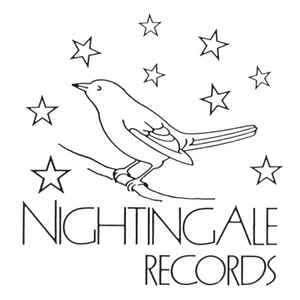 Music for movies or documentaries. Why not for art works?

Composer Jean Marie Dorval was commissioned by The Nightingale Records label, located in Bavaria Germany, to create music about painters. In addition to these assignments, there were also other assignments that Jean Marie can still talk about with pleasure and is very grateful for this record company. For the moment, these albums are sold out:

Michael Cheval (1966-)  is the world’s leading contemporary artist, specializing in absurdist paintings, drawings and portraits. In his definition, absurdity is an inverted side or reality, a reverse side of logic. It does not emerge from the dreams of surrealists, or the work of sub consciousness.

It is a game of imagination, where all ties are carefully chosen to construct a literary plot. Any one of Cheval’s paintings is a map of his journey into illusion.
His work is often metaphorical and requires a sharp eye to decipher the often hidden allusions.

Please use the search engines to know more about this wonderful painter.
Possibility to buy works online: originals, posters and prints on canvas.

GUSTAV KLIMT and his woman's

Gustav Klimt (July 14, 1862 – February 6, 1918) was not only a skilled Symbolist and Art Nouveau painter, his sex life was equally turbulent.
He regularly had short romances with models who posed for him and constantly walked (half) naked through his studio. During this period Klimt fathered at least fourteen children by different woman’s although he was never married to any of them.

The old movie from 1906, in the background, takes us by tram through the streets of Vienna.

The music that I have composed and performed for large symphonic orchestra and women's choir is in the Viennese waltz form.

Possibility to buy works online: posters and prints on canvas.

James Sidney Edouard, Baron Ensor (13 April 1860 – 19 November 1949) was a Belgian painter and printmaker, an important influence on expressionism and surrealism who lived in Ostend for most of his life.

During the late 19th century, much of Ensor's work was rejected as scandalous, particularly his painting Christ's Entry Into Brussels in 1889 (1888–89).
The Belgian art critic Octave Maus famously summed up the response from contemporaneous art critics to Ensor's innovative (and often scathingly political) work: "Ensor is the leader of a clan. Ensor is the limelight. Ensor sums up and concentrates certain principles which are considered to be anarchistic. In short, Ensor is a dangerous person who has great changes. ... He is consequently marked for blows. It is at him that all the harquebuses are aimed. It is on his head that are dumped the most aromatic containers of the so-called serious critics.

Some of Ensor's contemporaneous work reveals his defiant response to this criticism. For example, the 1887 etching "Le Pisseur" depicts the artist urinating on a graffitied wall declaring (in the voice of an art critic) "Ensor est un fou" or "Ensor is a Madman.

Possibility to buy works online: posters and prints on canvas.